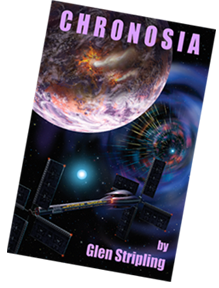 During the Renaissance men wondered what would happen if a man on a galloping horse dropped an object from his hand. Does the object go straight down to the ground or does it move a distance along with the horse on the way down?

Galileo correctly stated that the forward motion of the horse would translate to the object and cause it to move forward as it fell.

Thus Galileo introduced the concept of frames of reference. A frame of reference is the totality that goes on in your immediate area.

Why the discrepancy? The observer is using the motion of the car over the asphalt for his frame of reference. I am using the front seat of my car.

Now let us try this example: Imagine a glass airplane flying low over the ground eastward in Brazil, at 500 miles per hour. A flight attendant walks from the aft section of the plane to the cockpit at 5 miles an hour in her frame of reference.

To an observer on the ground she is “walking” relative to the ground at a speed of 500 + 5 or 505 miles an hour in his frame of reference.

Oh, did we say the plane is in Brazil headed East? Brazil is on the equator where the earth’s rotation is fast – about a thousand miles an hour. Down in Hell, if the devil could be watching, through some x-ray machine, he would see Miss Walkfast walking at a speed of 1000 + 500 + 5 or 1505 miles an hour from the satanic frame of reference.

As silly as it sounds, mathematics seems to show so far you could keep on adding velocities indefinitely. But could you do so up to the speed of light and beyond? Soon after Galileo some of the early clues would come from Denmark.

In 1676 the Danish astronomer Olaus Roemer noticed that when the Earth was very close to the planet Jupiter, Jupiter’s moons moved around the planet about 8 minutes ahead of predicted schedule. By trigonometry he calculated the general distance from earth to the planet Jupiter and noted the moons of the planet went around like clockwork.

Did light need extra time to travel greater distances between the 2 planets? By using time and known distances to Jupiter Roemer estimated the speed of light to be 227,000 kilometers per second. It was not an entirely correct calculation but still a very good one for that time.

In 1728 James Bradley from England measured deflections of starlight as the Earth revolved around the sun and calculated the speed of light to be 300,000 kilometers per second.

So now the next step. Could this speed ever be changed? In 1881 Albert Michelson wanted to do an experiment to test for aether, a mysterious substance that was supposed to regulate the propagation of light waves so they would satisfy Newton’s laws of motion.

With the Newtonian mindset, when someone calculates the speed of light, he must take into account how fast he is moving himself. In other words, he has to know his frame of reference.

Michelson used interferometry to measure the speed of a star’s light, noted the data and repeated the experiment 6 months later. The results should have differed by 1 part in 10,000. But he found there was no difference at all.

Six years later in 1887 Michelson teamed up chemist Eduard Morley to repeat the experiment with higher precision. But again, they got the same value for the speed of light no matter what season they took their measurements.

But how can this be? How can we change all the known laws that govern the universe to accommodate this reality?